My Virtual Multimedia Memoir & Tribute to 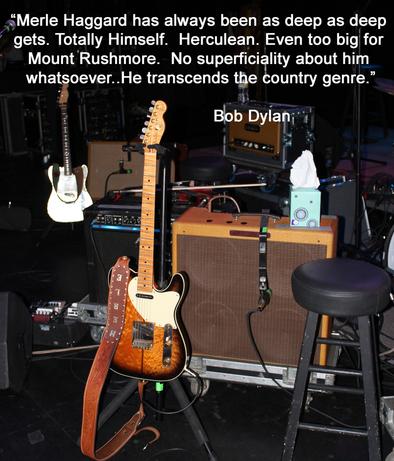 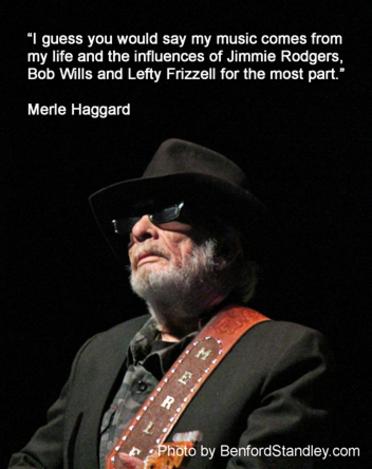 Rolling Stone Magazine in their June 2017, issue announced Merle Haggard as No. 1 on their list of the Top 100 Country Artist of All Time, pushing the reining Hank Williams to No. 2, and saying, “His story, like his music, was an American epic, shot through with improbability, struggle, sin, and redemption.”  They noted: “From architects of the genre like Hank Williams and Jimmie Rodgers to game-changers Garth Brooks, Toby Keith, Miranda Lambert and Shania Twain.”  I would venture to say his boots will not be filled for many decades if not centuries.

Want to invite you to visit Merle Haggard

This website is a tribute to the history of country music as told by stories I gained from my friend Merle Haggard that much will become part of my Memoir Trilogy         book and film on The Hag aka Merle Haggard while researching the Jimmie Rodgers Saga and my decade riding down the track with my friend and partner Merle Haggard all while working on a movie about his life and the life of Lefty Frizzell, a Merle Haggard Music complex in Oklahoma, a Merle-O wine, and other ventures we dreamed up together.  This Multimedia Extravaganza will be on the cutting edge as a digital chronicle presented on multiplatforms including the website, a number of volumes of a printed books with eBooks, book music soundtracks, videos from the book tales, and a online ePicture Book with hundreds of pictures of the road warriors Merle Haggard and Jimmie Rodgers, a IntnerNetwork of social networking sites links from the website, streaming presentations and interviews with the Buffalo Benford and the likes of Willie Nelson, Toby Keith, Miranda Lambert, Les Paul, and many others that you will find on this website.  Tours with Willie, Bob Dylan, Kris Kristofferson, all leading to a history of the business of entertainment by telling the story between Jimmie Rodgers and Merle Haggard.​​

The Memoir is dedicated to Haggard and Rodgers, and will share proceeds with groups to help bring awareness to runaway and homeless children and raise money for some national programs helping these hundreds of thousand of children and youth.  Merle and Jimmie were Runaway kids, I have written three self published books on the State and Fate of Children.​

Waiting For A Train with Merle is a mainline track about the rails I rode with my friend the Legend Merle Haggard, and about he and I digging up stories to connect the dots on the history of Country Music, from Jimmie Rodgers, Earnest Tubb, Lefty Frizzell, Bob Wills, Willie Nelson to Merle and those that he influenced with his own music saga like Toby Keith, Miranda Lambert, Garth Brooks, Kacey Musgraves, so many stories, pictures and tall tales and so many.

This Memoir of Me and Merle actually began in 1997, when I told Willie Nelson I was working on a documentary on Jimmie Rodgers.  Willie leaned over and looked right into my eyes and said, "If you want to know something about Jimmie Rodgers you need to talk to Merle Haggard"...thus the Saga of Waiting For a Train with Merle Haggard began there on Willie's bus two decades ago... Right here you can ride the main tracks and side tracks that the Hag and I rode from 2004 to 2016, and now beyond...

Jimmie Rodgers is the only entertainer that is in the Country, Rock, Blues, Songwriter and Grammy Halls of Fame, and also received the W.C. Handy Blues Award and the Life Time Achievment Grammy and is known as the Father of Country Music.  Merle was greatly influenced by Jimmie and did a tribute album to him as did Lefty Frizzell, Bob Dylan, and many more.   Go to JimmieRodgersSaga.com for more on "The Man That Started It All." 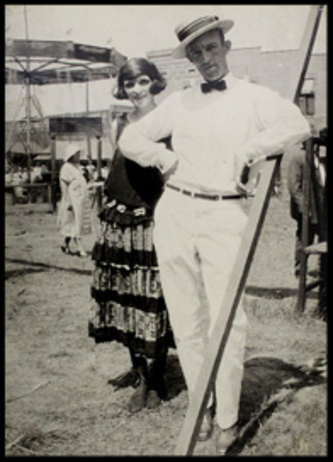 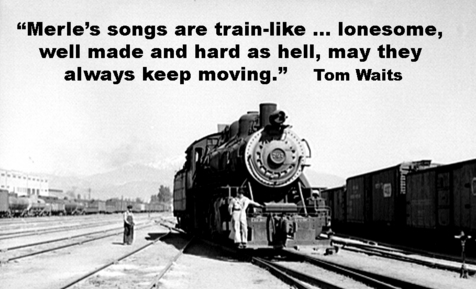 Both Rodgers' and Haggard's dads worked for the Railroad, Jimmie is known as the "Singing Brakeman" from his years working the rail as a brakeman and switchman.  I just so happened to work for the Santa Fe Railroad during High School and College and still get Railroad pension...

If  "Every picture tells a story, don't it" and/or if "A picture is a thousand words" I have have a huge tale to tell about a decade running down many highways with The Hag, aka Merle Haggard... My book, the movie and the song will be about me and Merle connecting history's dots to tell a story that goes from Jimmie Rodgers and the blues of the south to Lefty Frizzell and Bob Wills passed on to Merle and future generations now forever...

FROM THE MAKING OF...

Past year plus I've been working most of the days and nights in the assembly of all my notes, pictures, journals, calendars, more notes, research, digital footage of the miles that I traveled, phone notes, emails, memorabilia that I saved from the shows, tape recordings, and just finding things in my memory from now back through the dust I have kicked up and gathered over the past few decades tracking Jimmie Rodgers... all leading me to knowing Merle Haggard.

Many times I would be setting with Merle, we would be talking about something and I would blink my eyes and all of a sudden I had feelings of being STAR STRUCK...OR, STRUCK BY A STAR with the realization.  My God, this is fucking Merle Haggard setting here in this private jet, or on this bus, or standing somewhere with another icon, or in his Hummer riding on his ranch or to the store in Redding, or to LuLu's for lunch.  Then I would blink again and we would go on talking...

We talked a lot together.  I remember that for sure.  In an interview on camera with interviewer Chuck Banner Merle said about me:

Chuck: Merle, when did you meet ole Benford?

Merle: “I have been knowing him about 10 to 12 years. When I ran into Benford, I realized that he was in a search for all the information he could find. Seems like every time we get together we end up in the same area, something about country music history. He is a history buff and I guess I am too...I enjoy digging out the truth of what really occurred. Benford is one of those kind of people also."