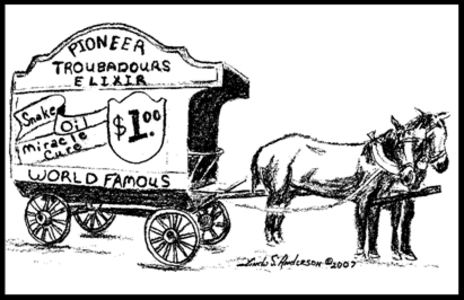 Since Medieval times Troubadours have been traveling from town to town, totin' a guitar, or some other musical instruments...singing their songs of poetry and love, heartbreak and about the roads that they travel.  From Minstrel Shows and Medicine Shows to the Rag Operas, Theaters, Roadhouse, and Honky-tonks.

"I have a home that takes me anywhere I want to go, that cradles and comforts me, that lets me nod off in the mountains and wake up on the plains, my bus, of course... When I make it off the plane and through another airport, the site of that big black MCI waiting by the curb sends waves of relief through me."

"Myself, I've lived out here so long and know it all so well that I can wake up anywhere in the United States, glance out the bus window, and pinpoint my position to within five miles...Like the song says, I've been everywhere, man. Twice." 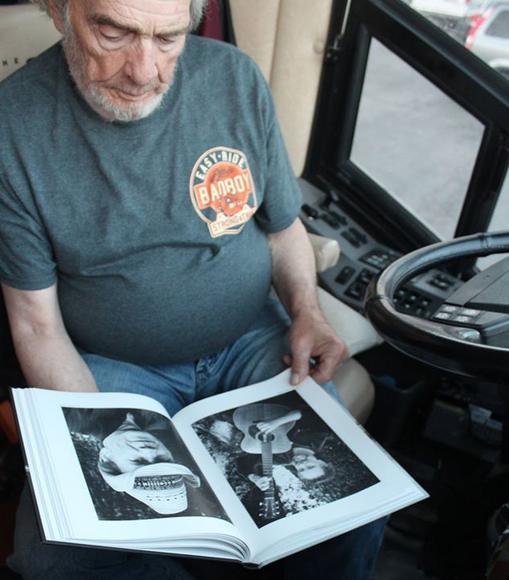 "We're on the road babe!  It's heavy stuff.  New
blood, new places, new faces...we're getting
our first taste of what the future holds in store:
A steady diet of greasy burgers  and cardboard
in-flight dinners, burrowing from one backstage
bunker to another,  through interchangeable
airport lounges and indistinguishable hotel rooms.

Rock Skully and David Dalton...
LIVING WITH THE DEAD