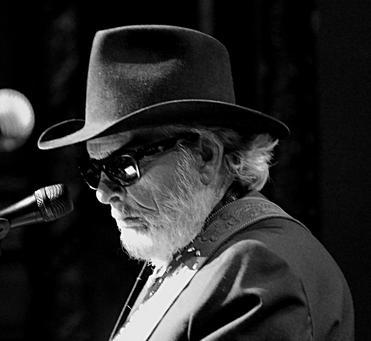 By way of introduction my name is Benford Earl Standley, I was given the Indian name “Buffalo” after producing an actual Wild West show back in 1984, with music and wild west acts including a buffalo, after Native Americans Buddy Red Bow and Robby Romero laid that name on me. We burned Sage and it is burned into my soul.  From my days working for the Santa Fe railroad, through my years producing musical events around the country to my pioneering days working and using the Internet in new and exciting ways (more about this later), to my time working on documenting the life and times of Jimmie Rodgers, which lead to an exciting twelve-year friendship with country legend Merle Haggard, I have lead a life far from the tracks of the ordinary!!

Working with the likes of Willie Nelson, Clint Eastwood, Bob Dylan, Emmylou Harris, Waylon Jennings, Les Paul, Eric Clapton, Tanya Tucker, Kris Kristofferson, Jackson Browne, Roger McQuinn of the Byrds, Buck Page from the 1936 Riders of the Purple Sage, Taylor Swift, Kacey Musgraves, Ramblin’ Jack Elliott and so many others over the decades in my rolls as a producer/promoter.

In fact, in many ways my life has been centered like a railroad roundhouse used to control the directions of trains.  I have started down many tracks, some successful, some complete failures, but when necessary I always got back to the roundhouse to start over.  There were times I went back only to start back down a track I had been down before, often with different results.​

Much of the following will use the railroad as a foundation, many of my stories will have a railroad underpinning or connection.  From Jimmie Rodgers, the singing brakeman who worked on many railroads and continued to ride the rails up to his death and beyond.  A huge part of my later years has been spent creating and filming a documentary about Jimmie and his life.  A major change in my life took place in 1997, while producing a streaming webcast of Willie Nelson in association with Sony Multimedia and the Bob Dylan Team using the Dylan owned JimmieRodgers.com website as a platform.  After the show I told Willie that I was going to do a documentary on Jimmie Rodgers he tole me, “if you want to know more about Jimmie Rodgers, you have to talk to Merle Haggard”.  The same Merle Haggard, whose father worked for the railroad, and who ran away from his Oildale home many times using the railroad as his means of escape.

After a few years and slipping in the very private domain of the Haggard world and once I got to know Merle, which was not easy, more about that later, we would spend hours talking about Jimmie Rodgers, country music even his own life.  I was on several tours with Merle, even the legendary one with Bob Dylan, several with Willie Nelson, Kris Kristofferson and others.  Sometimes a day or two, sometimes several days to weeks.  I was with Merle at some of his very last gigs, with both of us knowing the end was near as an unspoken thought.

After more than a year mourning the loss of my friend while I was mulling through boxes and boxes and hard drives and hundreds of hours of video, many thousands of pictures , I found myself back in the roundhouse looking at what track to take next.  What should I do now?  I still hadn’t finished my Jimmie documentary, I was thinking about creating a picture book of my times with Merle, after all I have over 15,000 pictures of him and many hours of filmed interviews and sound recordings.  Maybe write a movie about Jimmie, or maybe one about Merle.

What I decide to do was take a lifetime full of accumulated materials that I have kept including my photographs, my HDvideo tapes, my audio recordings, my personal ledgers, my thousands of hours of internet content and use all that material create a series of productions based upon my own life experiences and including stories and tales of the people and friends I have met along on the Jimmie Rodgers and Merle Haggard mainline with a dozen sidetracks always ready to roll.

WAITING FOR A TRAIN WITH 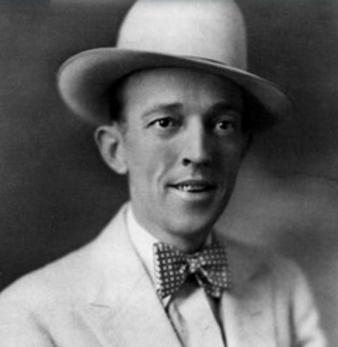 Merle Haggard, Jimmie Rodgers & Buffalo Benford
as a Virtual Multimedia Extravaganza in presented in Acts and in Volumes

Primarily, I am writing this Memoir Saga in words on paper to be released in a number of volumes of books now on track and coming out of the roundhouse to the mainline with many sidetracks all leading to a Virtual Multimedia Extravaganza.  The multiplatform saga has already begun in cyberspace 365/24/7 & Always on at:

I am on track with the series of books supported by a book soundtrack, eBooks, a series of eAudiobooks by the author, digital videos via website and YouTube, a virtual ePicture book with hundreds of pictures of the central characters including the names in the introduction. From the medicine shows, minstrel shows to vaudeville and the flickers and on to the moving picture shows and sound on film, from the blues to the Telecaster guitar, a virtual multimedia project chronologizing the history of the business of entertainment, while running sidetrack to the lives of Jimmie Rodgers and Merle Haggard.

Jimmie to Merle with lots of B-roll on video, music, thousands of pictures, multiple websites, all in cyberspace for the world to climb on a virtual wild west runaway cyber train rollin’ on many tracks with streaming webcasts and an Internetwork of social networking sites, hyperlinks, live and taped interviews with characters who have passed on to the big hootenanny in the sky, yet we have them on film joined with those living now and online with author and producer Buffalo Benford on the multiplatform saga.

This project is multilayered marketing that is derived from and directed by the book evolving to a possible movie series.  From the synergy and serendipity out on the digital cutting edge this virtual digital ride will take you to sagacity.  We will cut from flashbacks to flashforwards with a multilayered chronicle series that will be released throughout 2022.  This interactive hyperlinked Internetwork will take you on a virtual experience that goes beyond mere reading and becomes a virtual reality like experience of the saga itself where you will be inside the story with us while we tell a great American Saga.  Dick Clark told author Buffalo Benford during a meeting in Burbank, Ca., “Benford I think music is the soul of this Nation.

The MEandMERLE.com Memoir is dedicated to my friend and partner Merle Haggard and my thirty-year obsession with the Singing Brakeman Jimmie Rodgers.  Merle first ran away from home hoping a freight train when he was eleven years old.  Jimmie Rodgers ran away from home with a medicine show when he was 13, therefor I dedicate this Saga and a percentage of the proceeds to help runaway children and youth in these United States.   And idea born with my fellow railroad man The Hag.  When I told Merle of my work with Runaway children he said, "This is why we met!"